Summary: To avoid issues and possible litigation regarding the enforceability of any obligations arising from an agreement, it is always prudent for the agreement to be reduced to a writing, signed by all parties 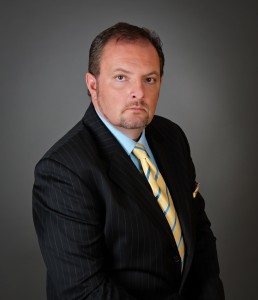 With certain exceptions, most States recognize the enforceable of verbal agreements between two individuals. Of course, as is the case with most rules of law, this general proposition is subject to exceptions.  Most such exceptions are listed in the so-called "Statute of Frauds" of the jurisdiction in which the agreement was made.

If an exception applies, the contract will be deemed unenforceable because it was not memorialized in a written document.  Such exceptions may include the following:

1. Any contractual obligation which cannot possibly be performed within one year from the date of the agreement must be in writing in order to be enforceable.  For example, if a verbal agreement is reached on January 1, 2013, pursuant to which one of the parties is hired to work at a specified salary for a period of two years, such agreement will not be deemed enforceable because the employment will not end on or before January 1, 2014.  By contrast, a verbal hiring agreement for a period of only 11 months will be enforceable.

3. A promise to pay a debt that has already been eliminated or discharged through bankruptcy must be in writing to be enforceable.

4. Any agreement concerning real property transactions, including contracts to sell real estate, must all be in writing to be enforceable.

5. Any agreement that is the subject of the Uniform Commercial Code, including those for the sale of goods with a value greater than $ 500.00, must be in writing to be enforceable.

6. Any agreement by a creditor to forebear from exercising rights under a contract against a debtor in transactions over $100,000.00.

7.  Any promise made by a person for the support of another in a non-marital relationship must be in writing to be enforceable.

It should be noted that each jurisdiction may have additional, fewer or different rules than the general exceptions outlined above.

Even where the Statute of Frauds applies, there may be ways around it.  Thus, the Statute should not be used to work a fraud.  Oral contracts which have been performed by one party may be enforced on the equitable principle of part performance, a doctrine which removes the case out of the Statute. Similarly, the equitable doctrines of unjust enrichment, quasi contract, and estoppel, under proper circumstances, may well be  available to prevent the abuse of the Statute.

To avoid issues and possible litigation regarding the enforceability of any obligations arising from an agreement, it is always prudent for the agreement to be reduced to a writing, signed by all parties.

This and all other articles published by the firm do not constitute legal advice upon which the reader should rely.  The matters addressed are general and informational only.  Legal advice may only be offered to an actual client of the firm, following consultation and analysis of his/her specific circumstances.  The laws vary significantly from jurisdiction to jurisdiction and some or all of the concepts addressed above may have no relevance or applicability in your state.  A lawyer-client relationship may only be formed by formal consultation and engagement of the firm.