Jaonna Green, 30, still wears a colostomy bag and faces an arduous recovery from the June 1, 2017, two-car crash that altered the course of her life forever.

"I can't even walk two blocks without stopping," the single mother of two told the Daily News. "I have hardware in my ankles . . . screws and metal plates.

"I had multiple lacerations to my lungs and spleen and liver. And two broken ribs."

Green's attorney, in a complaint filed last week in the Bronx, charged the collision on a one-way street ensued after an NYPD officer recklessly hit the gas while pursuing a Mercedes-Benz — for an illegal lane change.

"There's a decision that has to be made here," said lawyer Michael Goldberg. "The police have to pursue bad guys — that's their job. But this was not a guy who just robbed something or a terrorist fleeing.

"This is a guy who at worst made an illegal lane change or more likely did nothing."

Court papers charge Vasquez pursued the fleeing luxury car "without lights and/or sirens, and therefore without any warning to the public." 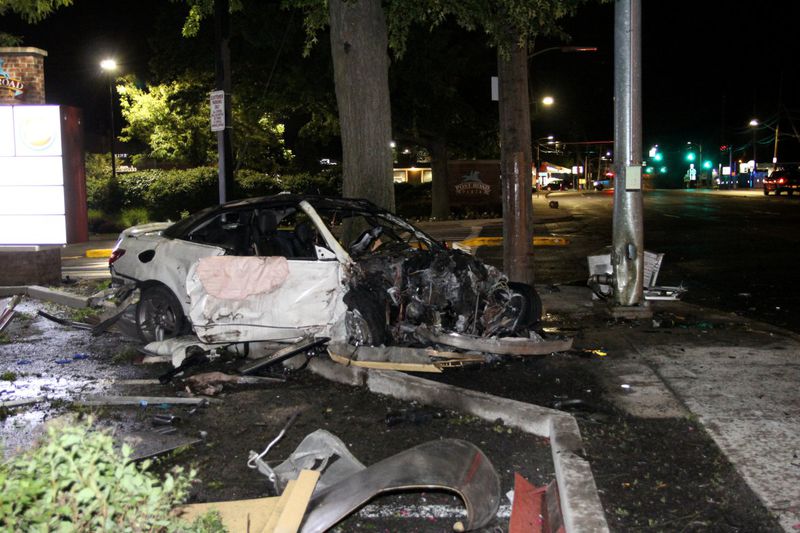 Green’s lawyer charges that the incident took place after an NYPD officer hit the gas while pursuing a Mercedes-Benz — for an illegal lane change. (RHS NEWS/Robert Stridiron)

While Goldberg says departmental charges were brought against Vasquez, the NYPD could not confirm his disciplinary status — although he remains on the job.

Kimberly Joyce, spokeswoman for NYC Law, did not respond to an email for comment.

Green was riding with her brother to his early morning shift at UPS around 2:30 a.m. when things changed in an instant as they drove across a Boston Road bridge.

Even now, she's unsure what happened.

"Just the car coming really fast," she recalled. "So fast, it wasn't really recognizable what's coming at us."

Green remained hospitalized for three months as she struggled to recover. No one else was injured as severely as Green, who rode in the front passenger seat.

When subpoenaed later to testify at an NYPD hearing against Vasquez, the victim was accompanied by Goldberg to provide her account of the crash.

But the lawyer said other testimony indicated there was no illegal lane change, and the pursuit started after the 2011 Mercedes and the police car were both turning into the same lane. 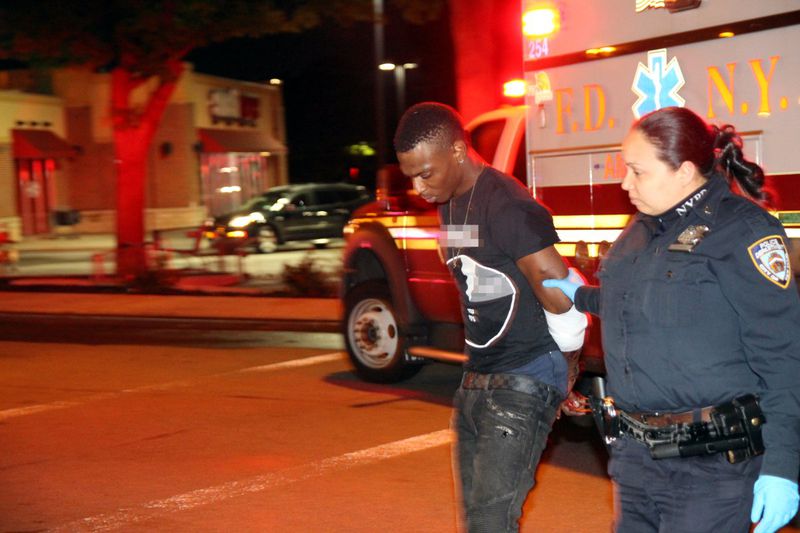 A suspect is arrested after the crash. (RHS NEWS/Robert Stridiron)

"So as it turns out, the police possibly caused the erratic driving behavior that they used as an excuse to pull him over," said Goldberg — noting the driver was a young, black male.

The attorney said the costs of his client's medical bills are already in the hundreds of thousands of dollars. She nearly died several times during her hospitalization.

Green said the emotional toll is even worse for her sons, ages 16 and 10.

"They're traumatized," she said of the boys. "They don't know if their mother is going to make it. The younger one doesn't fully understand, but the older one . . . He just looks at me like 'I don't know when my mother's going to pass away.' "