Summary: Research shows that on average, someone runs a red light at an intersection every 20 minutes. 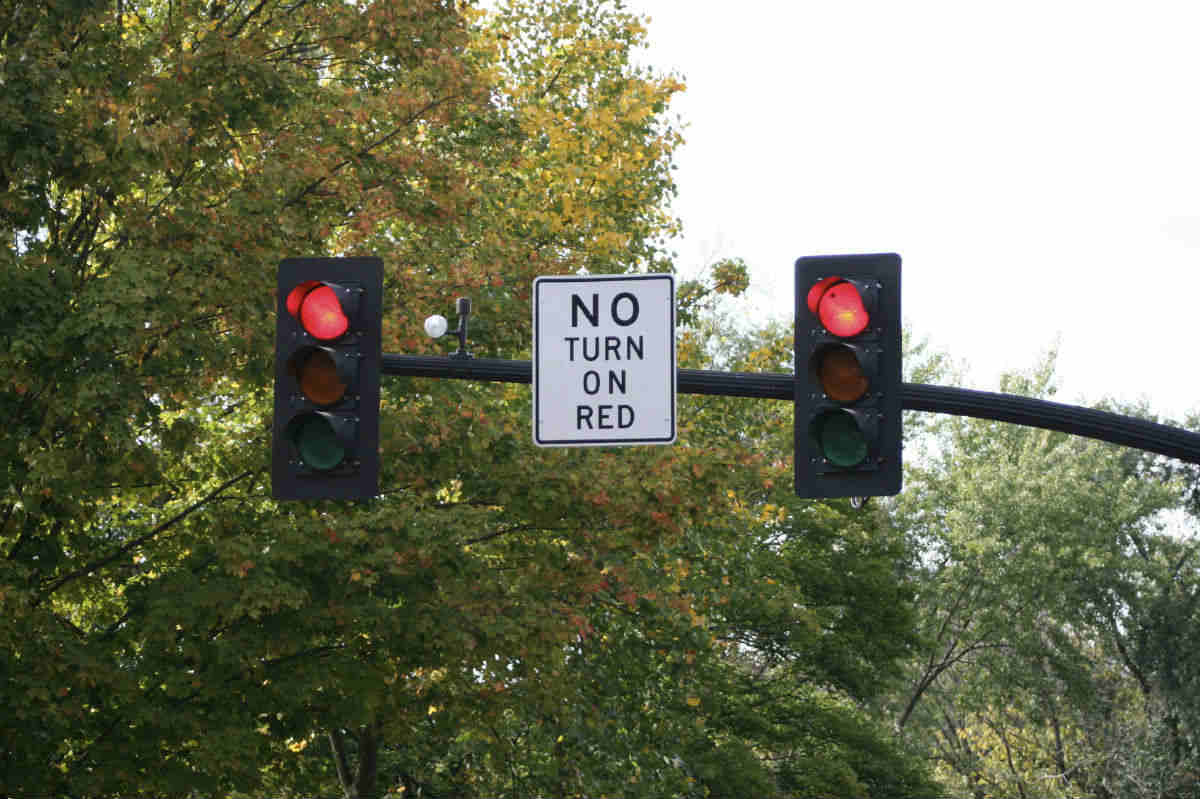 Drivers who run red lights and stop signs cause a large number of accidents. A study shows that in 2015, around 137,000 people were injured and 771 people were killed in crashes which involved red light running. Most of the victims were pedestrians and bicyclists.

The driver commits a violation when he enters an intersection after the signal light has become red. But the motorists who are waiting to turn left and are there in an intersection when the light turns red are not red light runners. The drivers who do not stop completely before turning in the areas where it is permitted to take a right turn on red are considered to be red light runners. The people who turn right on red at the intersections where it is prohibited commit a violation.

The Dangerous Nature of Right Turn on Red Violations

The Frequency of Red Light Running

Research shows that on average, someone runs a red light at an intersection every 20 minutes. Red light running is more frequent during peak times.

An analysis of the data related to red light violation collected from 19 intersections in four states where there are no red light cameras shows that the violation rate per intersection is 3.2 per hour.

In 2016, a telephone survey was conducted by the traffic authorities. The results showed that 93% of the drivers considered it unacceptable to run through the red light when they could stop safely. But 36% said that they had done so in the last 30 days.

A survey was done in 2011, in 14 big cities which had red light cameras for a long time. 82% of the drivers acknowledged that it was very risky to run red lights, and 93% of them said that running red lights was unacceptable. 7% accepted that at least once they had driven through a red light in the previous month.

A study conducted in 1996 showed that young drivers, who did not use safety belts and had poor driving records were the ones who did not stop for red lights. Those who regularly speed also resorted to red light running.

The drivers who were involved in the fatal red light running crashes of 2015, in which multiple vehicles were involved, were mostly young men who had a record of driving under the influence of alcohol and causing crashes. Many of them did not have an authentic driver's license.

Injured in an accident caused by someone who ran a red light?