Chernobyl: tours to ahorrifying and beautiful place at the same time Summary: Considering the consequences of the accident at the Chernobyl Nuclear Power Plant, it was hard to imagine that three decades later the abandoned territories would become an attractive tourist destination for people all over the world and the demand for Chernobyl tours will be so high.

The purposes of going on the Chernobyl tour

Considering the consequences of the accident at the Chernobyl Nuclear Power Plant, it was hard to imagine that three decades later the abandoned territories would become an attractive tourist destination for people all over the world and the demand for Chernobyl tours will be so high. But it is so. Dead villages, ghost town, secret military objects of the Soviet Union, nature and wild animals, the atmosphere of emptiness attract interested and curious people to the exclusion zone like a magnet.

For those, who are looking for adventures and extreme, 30 km zone, which includes Chernobyl, Pripyat, as well as lots of villages, is a perfect option that has no analogues.Visiting the houses, which were abandoned by people, seeing black and white family photos, some old books and clothes, broken furniture, guests of the zone can get a strange feeling that can be hard to describe. For many, the Chernobyl touris a source of inspiration. For some, it is an opportunity to learn something new and get distracted from everyday life.

There are also people, who are interested in wildlife and nature reserves with species of animals and plants from Red Book that freely develop in the area without the influence of people. And even despite the radiation and dangerous places for people, animals find the exclusion zone comfortable and full of resources needed for life. So besides post-apocalyptic locations on the territory, it is possible to meet:

An interesting fact is that rescuers, who work in the zone, for example during fires in the forests or fields, saved and helped lots of animals. They have their small zoo, where suffered animals can livewhile recovering. Today, this place is famous among the guests of Chernobyl. There you can meet domestic animals, horses, wolves and even such birds like pheasants.

Radioactivity, which is still a threat to humans, has little effect on the development of animal and plant populations, except for some areas.One of them is Red Forest—the territory near Pripyat that in the first days of the accident was exposed to high doses of radiation, which destroyed all vegetation, trees and pines at once.It was decided to bury dead trees in the ground, but, at the moment, young and green ones, that were planted by people, are growing there. But still, this forest is forbidden to visit during the Chernobyl tour.

However, some species of birds and mice inhabit this forest, and they attract the close attention of scientists from all over the world.Radiation levels that are a hundred times higher than the average radiation background in an ordinary city, for example in Kyiv, allow studying the radiation effects on the living organisms.

Chernobyl will always be a non-exhaustive topic. It is possible to talk about the exclusion zone for hours, read articles and materials, watch documentaries, play games. But experts in organizing the official Chernobyl tours, Go2Chernobyl agency, assures that nothing can compare with a personal trip to this beautiful place with a terrifying past.

As a result of the tragedy of 1986, the Chernobyl zone became a unique place. It is the least populated andthe most forested area in Europe. Therefore, the natural world is impressive.The main task for authorities is to preserve wildlife.Apart from this, scientists and specialists should work on the gradual reduction of radiation levels in places where this is possible.

Since the accident, radiation in some parts of the zonehas decreased to relatively safe.But high levels of contamination with certain radioactive isotopes, which are spreading on specific places throughout the territory, make the safe living of people in the zone impossible.Not to mention the independent visits of tourists (stalkers), which are illegal according to the law.

Therefore, to see more, without harming your body and health, it is better to choose official Chernobyl tours with professional guides.Apart from receiving instructions on safety, on correct behavior and other nuances of travel, you will have a chance to learn a lot more about the accident, the sequence of events, evacuation, the consequences, the future, real perspectives of the area.Also, you will get secret information and materials that are not available on the Internet, which you will not hear on TV or read in newspapers or magazines. 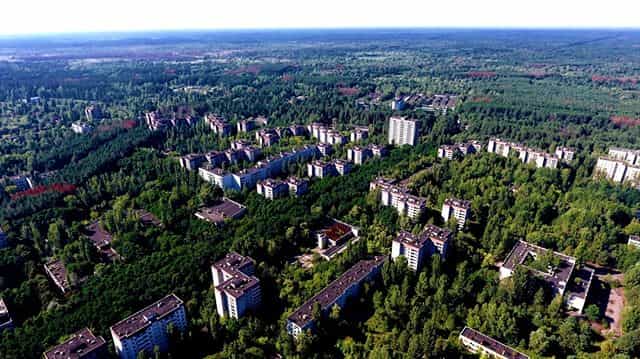 Nobody expected that the terrible man-caused disaster that occurred more than thirty years ago would have such impact and consequences concerning health, social sphere and ecology. For many, only the thought about the Chernobyl tour causes fear and also some unexplained interest.After all, technological progress did not influence the territory. There is no mobile communication, Internet or television.Signs of the modern city, like advertising, banners, posters are also absent. Despite the impact of radiation decay on the trees, plants, ground, and environment in general, the air in the cities is cleaner and fresher due to the lack of industrial factories, toxic emissions in the air and piles of garbage.

Each agency offers different tour programs.But every excursion must include safe routes, the most famous buildings and spectacular locations, checkpoints at the entrance and passing through dosimetric control at the exit.All participants of the trip must be 18 years old.It is necessary to have all the needed documents, like passports, with you.Clothing should cover the whole body. T-shirts, shorts, skirts, open shoes, clothes with short sleeves are prohibited. These are just a few of the rules that every tourist must follow. Go2Chernobyl is ready to provide you with quality services and to organize safe Chernobyl tours that can change your perception of this world.