Summary: The Child Abuse Case That shocked the world 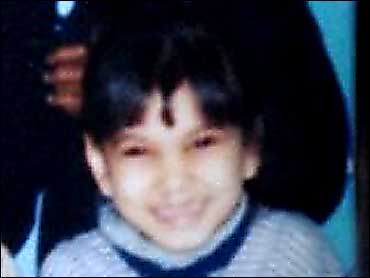 They were enduring symbols of an emaciated girl's horrific demise: The rope used to tether her to a chair. The cat-litter box she used as a toilet. The bathtub used to dunk her under cold water.

Two years after the fatal beating of 7-year-old Nixzmary Brown, the snapshots from her personal hell were expected to figure prominently in the upcoming murder trial of her stepfather.

Jury selection in the case - which shocked the city, hastened child welfare reforms and made the name "Nixzmary" synonymous with child abuse - was to continue on Tuesday in Brooklyn, with opening statements later in the week.

Authorities say evidence against Cesar Rodriguez includes crime-scene photos inside the family's three-bedroom apartment and a videotape of the defendant casting blame on the victim - a malnourished child who weighed 45 pounds at the time of her death.

"Sometimes she used to get me real angry and I used to just throw her," Rodriguez said during the post-arrest interview made public during a family court hearing.

Prosecutor Ama Dwimoh has called it a case of torture.

Nixzmary "was beaten repeatedly," Dwimoh said. "She was bound like an animal."

Rodriguez's defense attorney, Jeffrey Schwartz, has sought to shift blame to Nixzmary's mother, who faces a separate trial, for fostering an environment of abuse and to an overburdened bureaucracy - the city Administration for Children's Services - for doing too little to stop it. During jury selection, the lawyer has signaled he also plans to explore the dilemma of how best to discipline children.

"Would you agree with me that when it comes to parenting there is no absolute?" he asked prospective jurors. And: "Cesar Rodriguez is not being charged with being a bad parent. He's being charged with murder. Can you all agree to keep that distinction?"

The jury is comprised of 11 women and one man; nine have children.

Prosecutors likely saw women as more nurturing and protective of a child, while defense attorneys, who will be blaming Nixzmary's mother, Nixzaliz Santiago, said they wanted women because they can judge other women easier, reports the New York Daily News.

The case, coupled with a series of high-profile deaths of children known to child welfare workers, sparked a public outcry. City officials and lawmakers responded by bolstering the corps of caseworkers and drafting legislation to give life in prison without parole to parents who cause the death of a child under 14 through abuse.

Nixzmary's torment began making headlines shortly after Jan. 1, 2006, when her mother reported that she found the girl unconscious around 4 a.m. in a home where she was raising five other children, ages 6 months to 9 years. The child was dead at the scene; an autopsy found that she died from a vicious blow to the head.

There had been warning signs: School employees had reported in 2005 that she had been absent for weeks. Neighbors noticed unexplained injuries - including a swollen eye - and noted the child appeared under-fed and small for her age.

Child welfare workers had been alerted twice. But they claimed that after speaking to the stepfather, mother and child, there was no conclusive evidence of abuse.

Prosecutors allege that after the mother and Rodriguez were arrested, they found evidence Nixzmary had been confined to a ramshackle back room with the cat box. They also claim the stepfather incriminated himself by seeking to portray the victim as an unruly child who courted punishment by harassing her siblings and "always lying to me."

Rodriguez, 29, admitted on video that he restrained the girl "by putting duct tape on her hand and tying her to a chair."

On Nixzmary's final night, he said, she enraged him by stealing yogurt and trashing computer equipment. The punishment: holding her under cold water, just like his father had punished him. Investigators believe that in the process, he hit her head on a faucet - the death blow.

"She was giving me a hard time, so I pounded her on her back," the stepfather said in his version. Later, he added, "I laid her naked on the bed and told my wife to leave her alone for a while."

© MVIII, CBS Interactive Inc. All Rights Reserved. This material may not be published, broadcast, rewritten, or redistributed. The Associated Press contributed to this report